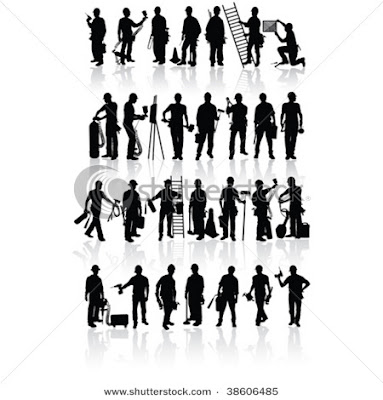 A month or so ago, I referred to men as the “expendable” sex, describing them as essentially reckless, fragile, and potentially dangerous. We are. And we’ve created a lot of problems. Wouldn’t the world be a better place without all these lethal, testosterone-filled humans ruining everything? Yes, I can almost feel female readers giving this possibility some serious consideration. But seriously, why would nature give rise to such a destructive organism in the first place?

Dissident feminist Camille Paglia once quipped “If civilization had been left in female hands we would still be living in grass huts.” This probably seems a bit harsh if you’re a member of the fairer sex, but as with many hyperboles, there’s an underlying element of truth. For good and for ill, men have invented much of the technology that provides the “creature comforts” we now take for granted.

What about women? Yes, women have invented many things, including the modern window frame, Kevlar, windscreen wipers, the automatic drip coffee maker, the first successful anti-herpes drug, and anti-dandruff shampoo, among other things. And women would no doubt have invented many more things if given equal opportunity to do so over the years. But it is a simple empirical fact that most of the technological innovations that changed the course of humanity were invented by men. As I teach my students, necessity isn’t the mother of invention so much as curiosity is the father of invention.

There are downsides to all these male inventions to be sure. Global warming, nuclear warfare, pollution, industrial disasters, plane crashes, automobile accidents, acid rain, and a punctured ozone layer spring to mind immediately. But let’s be honest, how long do you think you would last in the world circa, say, 1761, before all this technology so obviously ruined the planet? My guess is that many of us would find human existence 250 years ago to be a brutal struggle for survival rather than a chance to live in a pristine, peaceful, utopia uncontaminated by the evil inventions of mankind. On balance, I’ll take the creature comforts and figure out what to do about global warming later.

Indeed, everything about the male character suggests an orientation to explore and modify the environment for the better, albeit from a very short-term perspective. Men, more than women, believe they can master or control their destiny. They are more likely to pursue careers in science, math, technology, and other professions related to mastery over nature. Men will persist in trying to master a difficult task longer than women, and no I’m not just talking about computer games.

Many feminists have argued that none of this is natural; that these kinds of gender differences reflect socialized gender roles rather than any inherently male characteristic. But many of these same underlying patterns can be observed in infants and non-human species. Separate an infant girl from her mother with a glass barrier and she will sit and cry, but a baby boy will crawl to both edges of the barrier and bang on the glass to see if there is a way through. She accepts her unfavourable environment; he struggles against his to try to improve it.

The hydra reproduces asexually when conditions are good. When conditions are bad due to lack of food or an unusually cold winter, then some hydra begin to reproduce sexually. One hydra will develop egg-cells which can be combined with the sperm-cells of another hydra. The hydra interestingly is a hermaphrodite. That means it can be produce male gametes or female gametes or even both. But the male gametes are produced fundamentally when the organism needs to change in response to a hostile environment.

In other species, the emergence of males in tough times is even clearer. Consider aphids, the nasty little green bugs that generally ruin gardens all over the world. During the summer, when the temperature is hospitable, and the food supply abundant, asexual reproduction by females, called parthenogenesis, dominates resulting in a population of all female bugs. However, when autumn rolls around, and the temperature drops and the food supply becomes sparse, our little insect heroes switch to good old fashioned sex. Males start popping up all over the place and mate like mad. The resulting fertilized eggs are better able to survive the harsh winter, until the weather warms, the food supply replenishes, and the aphids begin reproducing asexually once again.

Males are needed when times are tough because sexual reproduction changes the organism to increase survival chances in tough times. Sexual reproduction creates better “survival machines” for potentially lethal environments. Does the human version of maleness, with its frontal lobes, opposing digits, and ability to traverse large distances, react to adversity by changing the environment as well as the organism; and does the emergence of global warming, nuclear warfare, pollution, industrial disasters, etc., suggest that men have gone too far?

In a 2005 interview, Maureen Dowd, New York Times columnist and best-selling author of Are Men Necessary?, read a letter from a man asking that, if indeed men are no longer necessary would the fairer sex be willing to give back and do without all the innovations created by men? She then read his list of male accomplishments, which included physics, the Renaissance, the theory of relativity, the personal computer, the Rolling Stones’ “Brown Sugar”, and Beethoven.

Perhaps Ms. Dowd’s answer to the letter should have been “No, you men may not take your innovations with you. Your very purpose was to create a more livable human environment. Now that you’ve done that, you are free to die out. And by the way, some of your more recent inventions (A-bombs, H-bombs, ICBMs, etc.) no longer strike us women as creating a more livable environment, so we’re going to invent feminism to limit your access to these dangerous toys.”

Can women survive without men? If the world is stable, the answer is almost certainly “yes”. If females continued to create a more stable, livable environment after males have long since passed, then gene shuffling would become irrelevant, even detrimental. Instead, the perfect female would simply be “cloned” over and over via parthenogenesis – a world of identical Eves. But if the world gets nasty, women will once again turn to men. Not in the figurative sense of turning to men for protection or help. Women will literally turn (in)to men.
Posted by Charles S. Areni at 10:13 PM 4 comments: