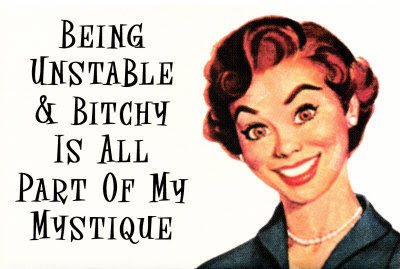 We tend to think of the word “hysterical” in terms of humour. Something is “hysterical” if it makes you laugh. This is perhaps the most common contemporary meaning, but it is really derived from another, older definition, that describing uncontrollable emotion; and in this more general definition, the emotion in question needn’t be positive. Indeed, hysteria, the noun from which the adjective is derived, was defined as a psychological disorder affecting only women for many centuries. In other words, hysteria has a long hystery (don’t ask – pun very much intended).
The word derives from the Greek word for the uterus – hyster. The Ancient Greeks thought that wildly emotional behaviour on the part of women stemmed from a movement or displacement of the uterus in the abdomen. Various medicines were prescribed to move the troublesome organ back into place. The association of the overly emotional behaviour in women with the uterus would persist for the next 2500 years or so.
Indeed, the uterus came to be viewed as the main female organ, often presented well out of proportion in graphical depictions of women’s anatomy. The symbolism was unmistakeable. The main purpose of women was to reproduce. In the words of one prominent 19th century physician “it was as if the Almighty, in creating the female sex, had taken the uterus and built up a woman around it”. Can’t get any more straightforward than that.
So for a very long time only women could be hysterical. And the remedies for this “disorder” were barbarous even by Caligula’s standards. If a girl was lucky, she’d have leeches attached to her vulva or inserted in her uterus. If that didn’t work various substances were injected into the uterus. Cauterization with nitrate of silver was the most horrific treatment, usually leaving permanent damage. If all else failed, removing the ovaries (called an “ovariotomy”) was the ultimate solution.
Freud attributed many of the psychological conditions of his female patients to hysteria, including the famous case of Emma Eckstein, which resulted in permanent disfigurement due to surgery on her nasal passages. Yes, you read that correctly – the great psychoanalytic mastermind recommended nasal surgery as a cure for hysteria.It is easy to dismiss the “medical condition” hysteria as a remnant of a time when medical research was limited and primitive, but a closer examination of PMS yields similar conclusions about the veracity of the evidence. Despite its inclusion in the Diagnostic and Statistical Manual of Mental Disorders (as Premenstrual Dysphoria Disorder), there is nothing like an agreed to set of symptoms and diagnosis criteria to identify the “disease”.
Posted by Charles S. Areni at 11:11 PM