On the Persistence of Gender Stereotypes in Society 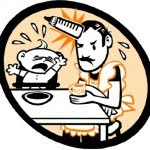 Gender stereotypes are essentially implicit theories about how the world works, and it takes time and effort to develop these theories. One must observe the many characteristics of hundreds of men and women to formulate stereotypes. They represent cognitive “investments” to guide future behaviour, and like with any other kinds of investment, we are often reluctant to admit we’ve made a mistake. Business schools often warn about the irrationality of a “sunk cost” mentality (i.e., “I’ve invested so much, I can’t walk away now”). Often times, walking away is the best thing to do, but it doesn’t necessarily feel that way. How does this relate to inaccurate gender stereotypes? Once the cognitive investment in a stereotype is made, we tend to ignore information that would prove it wrong, and retain information that confirms it. Psychologists call this the confirmation bias. It’s our little way of following a sunk cost mentality with our theories of the world.
So, with respect to the woman as nurturing mother stereotype, the confirmation bias suggests that people will take note of nurturing mothers, and hopelessly incompetent fathers as confirming the stereotype, but discount or completely ignore incompetent mothers and nurturing fathers. It is fascinating to see these kinds of biases in operation in everyday life. My son had been invited to the birthday party of a school mate. You know how these things usually work. The parents drop off the kids and then have the option of staying for wine, nibblies, and other grown up activities while, in another room, the kids eat chocolate cake and other sweets that will keep them up until 3 am the next morning. As a general empirical observation, more mums drop off kids than dads, and mums are far more likely to stay for wine and nibblies than dads. All of this makes sense given the prominence of the “nurturer” concept in the female stereotype. I decided to stay. I was the only dad.
As per standard protocol the wine did, indeed, flow, and the mums got progressively less reticent in conversation. While I talked about wine tourism at one end of the table I couldn’t help tuning in to the conversation at the other end, where 3 or 4 mums were discussing how inadequate their husbands were in the parenting department. Men can’t do this. Men can’t do that. I was gradually withdrawing from my conversation at the other end of the table to listen to what increasingly sounded like unbridled ranting. Finally, one of the mums said that men are simply not equipped to spend more than 2 or 3 hours at a time with young children. At this point the entire table went silent, as it was apparent that I was listening intently to the conversation at the other end of the table, and that I was not entirely in agreement with the general sentiment of the forum.
I’ve raised my two children alone more than half the time since my daughter was 2. I consider that pretty young, and I can assure you that it requires spending more than 2 or 3 hours at a time with her and her brother. The mums were, of course, also aware of this fact, and so the one making the last unfounded generalisation brushed it off by saying “Oh you don’t count. You’re not like our men!” I didn’t say anything at the time, not wanting to ruin the festive occasion that had prevailed to that point. But I did mention this to a female colleague the following Monday. This colleague is highly intelligent, has a Ph.D., has published in a number of high-ranking journals, and would certainly consider herself a feminist. Her reply was that I had been “paid the highest compliment” by the birthday party mums. “They considered you one of them,” she smiled. In other words, in order to preserve the stereotype of women as nurturer, it was necessary to turn a nurturing father into a woman! But you know what? It did feel like a compliment!
Posted by Charles S. Areni at 1:36 PM