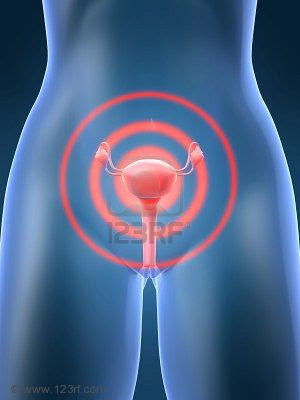 A popular website (http://pms.about.com/od/myths/a/menstrual_myths.htm) lists the following menstruation myths, which have been handed down to girls approaching menarche over the years:
1. You shouldn’t go swimming during your period
2. Don’t wash your hair during your period
3. It’s unhealthy to have sex during your period
4. Don’t use tampons during your first period
5. Girls shouldn’t exercise or engage in strenuous activity during your period
6. You can’t get pregnant having sex during menstruation
All are patently false, yet many are still accepted as reflecting sound medical advice. As we will see below, there are other myths, with much greater economic, political, and social implications for women everywhere. But before we begin let’s examine this brief list more closely. First, 5 of the 6 myths are about what women can’t or shouldn’t do during menstruation. There is a clear element of controlling or limiting the actions of women. Three of the myths (1, 3, 5) refer to the avoidance of strenuous activities. These myths make it sound like menstruation is a rather debilitating condition for women.
The only exception to these themes – myth number 6 – provides an obvious benefit for men; it makes a woman more willing to have sex without requiring the man to wear a condom, assuming of course that she does not want to become pregnant. So these 6 myths, and as we will see below, numerous other myths about menstruation generally cast girls as frail and incapable of doing the rough and tumble things that boys do, but also provide women with an incentive to have unprotected sex. Does anybody want to guess which gender created these myths in the first place?
I’m afraid the answer is not as straightforward as you might think. These myths may sound like old husbands’ tales, but in many cases they were created by women with the intention of improving the well-being of their daughters, granddaughters and nieces. Moreover, they were not invented by men in bars or on the streets discussing their wives “erratic” behaviour, but rather they were created by priests and ministers in churches, scientists and doctors in the medical profession, and spread to the world via a marketing profession that became, and still very much is, tied to the medical profession.
What is menstruation? Karen Houppert offers the following no nonsense explanation:
“Once a month, the lining of the uterus, acting on signals from oestrogen and progesterone hormones, thickens with spongy, blood-filled nutrients. If the woman has had sex and an egg and sperm join, this uterine lining (endometrium) will be used to sustain the developing embryo. If fertilization doesn’t take place, the egg travels down the fallopian tube, through the uterus, past the cervix, and out the vagina. Approximately, twelve days later, when the levels of oestrogen and progesterone have dropped and the uterus has gotten the message that no pregnancy has occurred, the uterine lining – blood and mucus – simply flows out.”
That’s it. Simple. Not exactly rocket science, is it? This process usually begins at the age of 12 – 13 and ends somewhere between the ages of (average age or menopause). And we’re only talking about 4 – 6 tablespoons of menstrual fluid per period. This is not Niagara Falls, so much as a sink with a slow drip.

So why all the fuss? And there has been fuss over the centuries. Lot’s of it. Mainly by men. Karen Horney, a feminist psychologist, developed a theory of why men have tended to demonize menstruation in religious and medical doctrine over the ages. Borrowing from Jung’s notions of a “collective unconscious”, a store of accumulated knowledge existing outside of conscious awareness, and Adler’s discovery of the “inferiority complex”, wherein a person who unconsciously feels inferior and inadequate compensates by acting arrogant and superior, she postulated that all men unconsciously realize that reproduction is the only true purpose in life, and that women play the central role by way of giving birth.
Men, by contrast, play a peripheral role by donating a single gamete, and not much of a gamete at that. Hence, men have constantly acted arrogantly and condescendingly toward women to compensate for this unconscious feeling of inferiority. Since it would be difficult for men to deny the wonders and awe of giving birth, why not focus on a related part of reproductive cycle to denigrate women? Menstruation, with its primal symbolism of profuse bleeding, proved the perfect target for male insecurity and misogynistic scorn. Sadly, not much has changed over the millennia.
But in a deliciously ironic twist on the notion of “penis envy”, some anthropologists have argued that the circumcision ritual to celebrate male puberty is nothing more than a cheap, plastic, replica of menarche; a deluded attempt by men to simulate the ability to menstruate, and hence, to give birth. It is the ultimate cubic zirconia of pubescent processes. The idea of men wanting to emulate menstruation is taken to an absurd, farcical extreme on the Little Red Book website (http://www.mylittleredbook.net/) where men relay “first period” stories with straight faces. The acting is surprisingly good.
Posted by Charles S. Areni at 3:03 PM